As a mom/wife/mom/sister/friend/ daughter/ I don’t think we’re ever prepared for the next stage. The next stage in life, what’s waiting just around the corner, or what’s to come. No one tells us about this. Until we’ve transitioned. Until we are in the thick of it. Kind of like childbirth. No one tells you about all of the gory, painful, body changing that happens until you experience it yourself.

Our family is typically in a state of chaos. Too many activities, too many places to be, too many games, too many invitations, not enough organization, not enough planning ahead, not enough hands to help. It’s usually all about the not enough and too much, mixed in with a little bit of being 15 minutes late to everything. And while we still have our chaotic days and moments, trust me, I’m noticing a shift. Those crazy and chaotic days are becoming fewer and far between. This is the stuff no one talks about. No one tells you about this. And in the blink of an eyes it’s gone. No one tells you about the day your kids actually entertain themselves, and are capable of feeding themselves. Or the day your kid would rather spend sleeping over a friends house than curled up on the couch with their family, a redbox movie and popcorn. I’ve heard people say it, I’ve read the poems, I’ve listened to the lyrics on the radio but now, now I am living it. I am living quiet Friday nights with kids who get along and find playmates in their brothers. Life long friendships are being formed while I soak in a bubble bath. In the blink of an eye. Saturday mornings where everyone sleeps in, or quietly lays in bed, or better yet serves themselves and their brothers breakfast while you are in bed with coffee and a good book until well past 10 am. Sunday mornings where your children beg and plead to go to church service because they actually know what is going on, love singing and worshiping the Lord, and are no longer clinging to your side when you drop them off at children’s church while you go and enjoy service sans children. In the blink of an eye. They can get themselves in and out of the car, and grab their backpacks/cleats/instruments without your help. And buckling seat belts? Forget it they’ve mastered it to the point where you even offering to help them is embarrassing. In the blink of an eye. Gone are the days of 7 am wake up calls, co sleeping, carrying babies on your hip/in a sling just so you can accomplish one.thing for the day (as are the toned arms from carrying said babies), gone are meet ups with other moms so your kids can interact and socialize, but mostly so you can put on decent clothes and justify a starbucks drive thru run all the while having adult conversation with other mommas. In the blink of an eye. Gone are the days of their survival being dependent on you. Now they have chores, and night time routines they can facilitate and manage themselves. Gone are the days of figuring out the most efficient way to bathe 3 kids after a long day. Now they can decide who showers first and who helps their youngest sibling shower. In the blink of an eye. The days of biting one another are replaced with tattle tales. The days of boo boos needing mommas hug are replaced with them searching for the box of bandaids themselves. Cries for “momma”are replaced with “I’m bored.” The days of monsters under the bed and in the closets are replaced with wanting to watch movies with those monsters. In the blink of an eye. Diaper bags, strollers, and sippy cups are replaced with skateboards, scooters and bicycles that they can ride by themselves.

Mommas take it from a momma who had 3 babies in 4 years. Who spent 5 years of my life either pregnant or nursing. Years of diapers followed by months of potty training. 100’s of hours spent playing on the floor with cars or trains or doing whatever it took to stop the crying. Hours upon hours deciding whether or not a fever warranted a 3am call to a pediatrician. Nerves that are shot from dropping your oldest off for his first sleepover as you drive off with hot tears streaming down your cheeks secretly hoping in an hour he calls you to come pick him up. But the phone never rings. Until the next morning when he’s successfully had his first sleepover, and isn’t ready to be picked up until after lunch that day.

In the blink of an eye it’s all gone. Nursery rhymes are replaced with Fetty Whap on the radio and the whip and nae nae dance. Rice cereal and breast milk are replaced with late night drive through runs after sports practice.

In a million years I never thought I’d be on “the other side.” Seriously. But I am. And I’m here to tell you one day you will be too. Seriously. You will be. We have made it through the sleepless nights, the countless diaper changes, the emergency trips to CVS for Gatorade and pedialyte, the first day of preschool, the first day of kindergarten, the first day of soccer/baseball/piano lessons, the first jump off the swim club diving board into a 12 ft pool, the first time a coach had to pick up a kid to make it to a playoff game because another kid had tutoring, the first time all 5 of us came down with the flu, the stomach bug, strep throat, the first time we put our oldest on the bus for kindergarten at 8:30 and he didn’t return home until almost 4. For the mommas who are standing in the grocery checkout line sweating bullets because you have just survived a trip to the grocery store with 3 kids under 4 and you are sure you left with nothing on your list, but your cart is full because your kids were tossing God knows what in the cart, just so you could make it to that check out line- I know where you are standing. To the momma who is up at 4 am nursing a baby who she just nursed at 2:30 and 3:30 I know where you are. To the momma who doesn’t think there is an end to the tunnel. There is. Believe me there is. I have been there. I have lived it, and I am standing on the other side. And it will go in the blink of an eye. 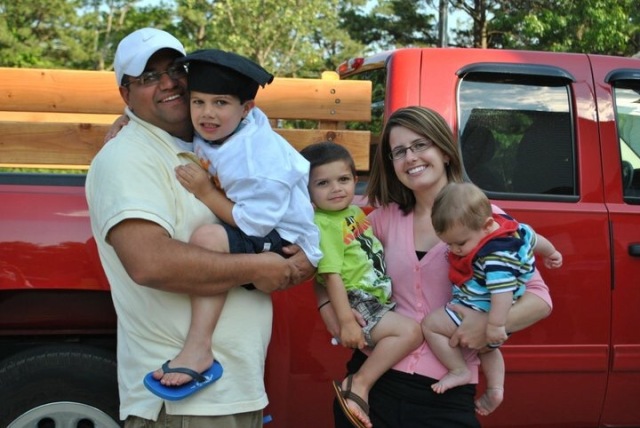 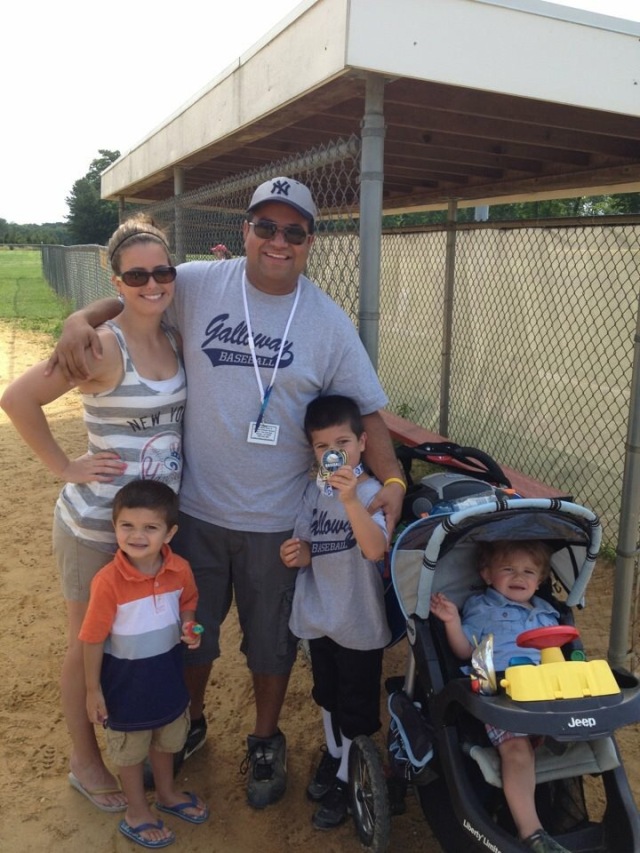