Disclaimer: this is a sponsored post but as always, all opinions are my own.

Yesterday my family and I had the pleasure of attending Winter Wonderland located at Congress Hall in Cape May, NJ.
Winter Wonderland runs November 29th 2013- January 1st 2014.
Winter Wonderland consists of Breakfast with Santa, a magical Christmas train ride, a carousel ride, story time with Mrs. Claus, and and amazing shopping village certain to fulfill all of those Christmas wishes!
Breakfast with Santa runs Saturdays November 29th 2013- December 21, 2013 with 2 seating times offered:
The first seating is at 8:30 am and the second at 10:30 am.
They also encourage you to make reservations for Breakfast with Santa as well by calling 609-884-8422.
I can honestly say this was my first time ever at Congress Hall and certainly my first time partaking in their Breakfast with Santa event!
Congress Hall certainly turned up all the magic for this event!
From the moment we arrived you could tell they completely transformed the grounds into a true Winter Wonderland complete with a carousel, Santa’s workshop where Mrs. Claus read to children for story time, a beyond huge Christmas Tree, and even an adorable little train that took you around the grounds of Congress Hall.
We started our day off  enjoying breakfast with Santa and as we entered Congress Hall’s Ballroom it surely did not disappoint!
The teal colored walls, extravagant chandeliers, and black and white checkered ballroom floor were an amazing backdrop for the enormous poinsettia Christmas tree fixed in the center of the room where Santa himself was seated!
Breakfast was out of this world delicious and the fact that it was a buffet really gave my children the oppurtunity to eat whatever suited their fancy that morning.
They had options of  oatmeal, cereal, eggs, bacon, sausage, waffles, and everything in between!
After we finished breakfast we headed to the front of the room to meet the big guy himself!
SANTA!!!
I can honestly say for me as a mom, this was the highlight of my day!
Congress Hall had one of the nicest, most gentle, down to earth Santa’s I have ever met- he was even funny too!
In fact, he was able to get our 5 year old-for the first time EVER-to whisper into his ear what he wanted to Christmas!
Our 5 year old has never even gotten close enough to Santa to tell him what he wanted to Christmas!
Plus we were able to snap a quick picture with all of our children in it-and that is priceless!
Needless to say that experience in itself made the trip completely worthwhile!
After we met Santa we bundled up and headed out doors to enjoy the outside entertainment.  First up was the train!
We all piled into the train (the caboose of course) and were off for a ride.
It was a pretty smooth 5 minute ride, and my boys were just over the moon to be riding on a train!
They could not contain their excitement!
After the train ride, we headed over to the carousel where our older boys were able to go for a little merry go round ride and enjoy themselves.
After the Carousel we headed off to Story time with Mrs. Claus- which came in a close second for my day’s favorite activity, as well as my children!
Just as I can not say enough for the Santa Claus that is inside Congress Hall-I had the same feelings about Mrs. Claus.
The Mrs. Claus at Congress Hall just had such a cheery, upbeat disposition to her-and she’s surely got an answer for every question the children asked her!
Her enthusiasm, encouragement, and the way she prodded each child to join in during story time was just magical for our family!
You could literally see the sparkle in all of the children’s eyes that were gathered around her for
Story time.
Once story time was over, our oldest son was able to write a letter to Santa which was addressed to the North Pole and placed it in the “Santa Mail” special mail box making sure it would reach the North Pole-he was so excited!
We certainly were lucky to experience such a magical morning this Holiday Season thanks to Congress Hall in Cape May, NJ.  I highly encourage you to  check it out with your spouse or family as well as it is an event that does not disappoint!  As we left my kids immediately asking if we could go back the following weekend because they had such a great time!
Enjoy some pictures below! 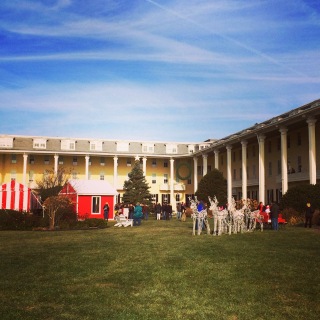 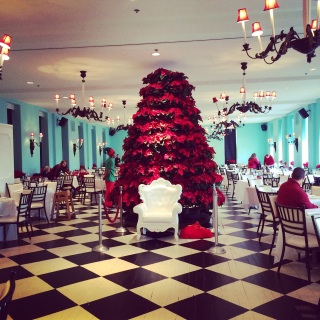 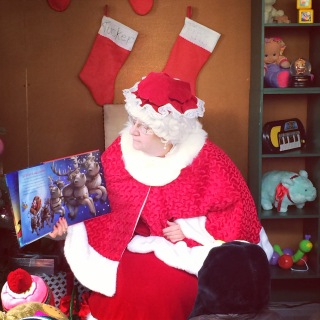 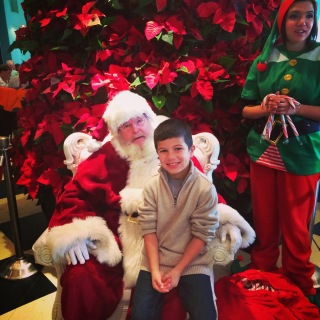 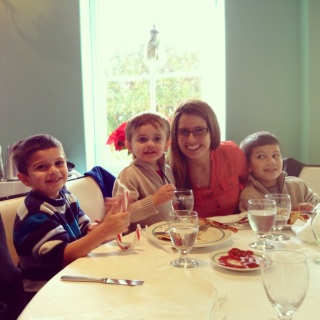 Disclaimer: this is a sponsored post but as always, all opinions are my own.