Today Angel had a birthday party for a little boy who is in his class.
It was a bowling birthday party-true Kindergarten boy style right there!
We’ve been to two so far this year and Angel wants to have his birthday at the bowling alley too!
As it turns out Angel and the birthday boy end up getting along like oil and water.
After observing the birthday boy’s behavior for a while I finally figured it out…
Angel and the birthday boy have the exact same personality!
Stubborn, full of attitude, and they think they are 5 going on 15.
At one point the birthday boy’s mom came over {after having to separate our two kids for the 20th time} and tried to apologized.
Before she could even get the “I’m sorry” out of her mouth I stopped her and let her know that there was no need to apologize.
I felt like this was my point, my turn to turn to her and let her know that she wasn’t alone.
There wouldn’t be any judging or talking behind the back.
We were fighting the same battle.
She looked at me with the biggest look of relief and surprise and said to me
“Are you kidding me?”
I told her I had watched her son and the way he interacted with her, and the other adults at the party and it was Angel to a tee.
The rest of the party was filled with laughs and looks back and forth between us two moms like “yup, I understand what you’re going through.”
And you know what?  It was GREAT!
Honestly I thought Angel was the only 5 year old who thought he was 15, and apparently that is not the case.
As a mom it is a great feeling to know that someone else is going through the same thing that we are going through.
That we are not alone and that we’re not doing anything wrong!
To know that we are not the only ones who feel like we don’t have control and that most days it is easier to not set him off than the try to fight every battle with him.
At the end of the party the birthday boy’s mom and I exchanged numbers and gave a promise to call each other one night this week after the kids are in bed to discuss our “notes”  from the day haha!
Overall it was a great day.
Exhausting, but great! 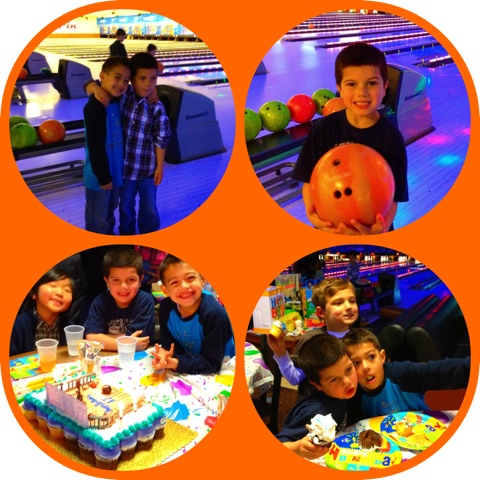